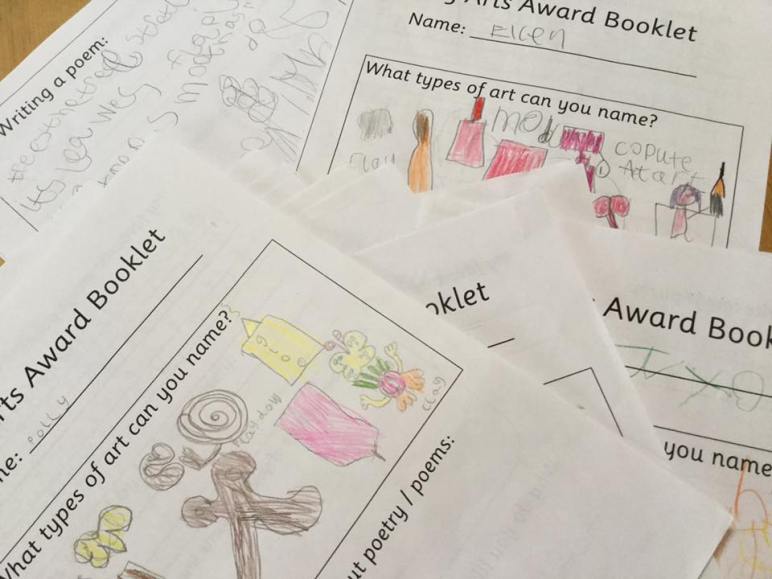 Arts Award is a unique series of qualifications that support young people to develop as artists and arts leaders. The programme develops their creativity, leadership and communication skills, from Discover level to Gold level, up to the age of 25. The Discover Award requires young people to learn about different types of art and how artists work, then to produce and share creative pieces of their own.

The children focussed on their surroundings, with the different classes writing poems inspired by the school garden, Lowther Castle, and the fraught history behind Clifton Pele Tower.

They also learned about Basho’s image poetry and observations of nature, with a little help from some snails!

Working with the children at Shap and Clifton Primary Schools was such a rewarding experience. Poetry is too often seen as something ‘difficult’ or ‘elitist’, so it’s incredibly important that we have workshops like this, which allow the children to overcome mental barriers and write freely. It was such a treat to watch them becoming more and more confident in the poems they created.

‘Since the project, one of our pupils has started writing poems at home. She’s started taking poetry books out of the school library and coming in desperate to share a new poem she’s read. It’s great!’ – Miss Simpson, Clifton School.

A huge thank you to the Sam Thorpe Trust Fund for supporting this project, without which it wouldn’t have been possible. 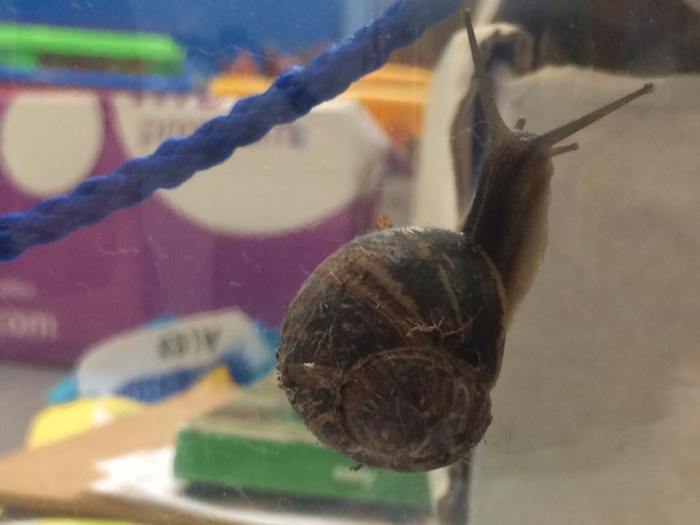 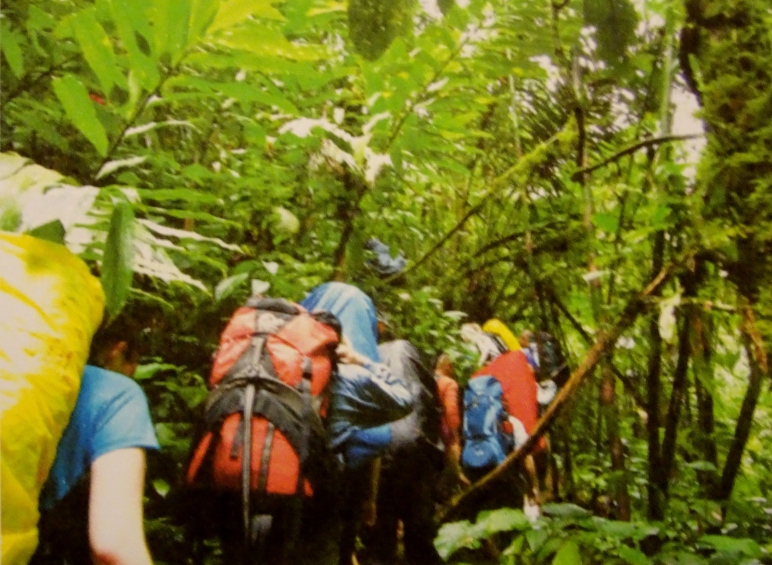 My group arrived in the capital’s Airport, Kota Kinabalu, after a tiring 24 hour flight, and were immediately transported off into the rainforest which was a daunting prospect. Tonight we would stay in a lodge in a rural mountain village half way up the great Mt Kilabu, belonging to the largest indigenous group in Sabah, the Kadazan-Susun. We were greeted by a traditional dance from the local children, delicious authentic Malaysian food and a tropical rainstorm. We soon learnt it’s called the rainforest for a reason!

The following morning we set off on the first day of the trek. It had brightened up from the previous day and you could see the amazing views of the valley and of the mountain, as well as the rainforest which was like nothing I have ever seen before. As we got deeper into the jungle you could start to see the amazing array of insects and plants, from crickets the size of your foot to spiders so big they can eat birds! We’d stop every now and then for fresh pineapples we had picked up on our way through and to check for leeches. After four hours of walking we arrived at our first wild jungle camp where we made dinner and set up our hammocks for the night.

The next day we went gill scrambling in and out of the river in the jungle. On our way we caught frogs and crabs to take back for our lunch which was a new experience, and it turns out frogs’ legs are rather nice! The local guides that accompanied us on the trip then showed us some bushcraft skills where they made simple utensils purely out of bamboo; afterwards we had a go at making our own, which were rather less successful. Later that night once it had got dark we went on a night trek to the forest where we got to use our head torches and see a different selection of nocturnal animals and insects, and even a pit viper snake.

The morning after, we trekked to the next camp, where there was a large selection of edible plants growing such as sugarcane and many other herbs which were a nice supplement to the usual rice and noodles! It was sad to see the final day of the trek already, but we packed up our rucksacks for the last time and made our way out back to the village.

After lunch we headed off to the next stage of our expedition, the community project. We arrived at an amazing traditional long house, which is how this community lived, and it was made entirely out of bamboo. In comparison to the jungle conditions we had arrived in luxury, there were lavatories! We spent the following four days painting the village hall and building two water butts so they were not entirely reliant on the government’s water systems and could be a bit more self-sufficient. The village belonged to another branch of the Dusun community. It was much hotter down in this low lying area with the sun beating down on you constantly which made the physical work extremely difficult. The fun of meeting the village children however made up for it. At the end of each school day they would run out to meet you and try (‘try’ being the operative word) to help you with the tasks. On the second day we finished work at lunch time and spent the afternoon putting on a sports day for the children which was possibly more difficult than the building work but a lot of fun and very worthwhile.

For the final few days we experienced another different way of living in Borneo which was in the city of Kota Kinabalu. From here we went to visit a wildlife reserve where they run a rehabilitation scheme to return orphaned orangutans into the wild and we were fortunate enough to see two baby orangutans. On the last evening we went for a boat trip in the mangrove forests where we saw the large proboscis monkeys, long-tailed Macaques, Water Buffalo, crocodiles and as the sun went down the trees lit up with fire flies along the river banks which was incredible to see.

This trip showed me that life can be a lot simpler than it is here at home. We lived the way that the natives live, little electricity, no phones, no internet, no superfluous luxuries, just the basic necessities for day to day life. However, everything they did have, from the bamboo houses to their clothes, were all handmade within the villages and it was impressive how they were able to make the best of what they did have and make it go as far as possible. As well as experiencing the culture which was so different to our own, seeing the wildlife and the environment will also stick with me for a very long time.

So thank you so much for your help as it was very gratefully appreciated. 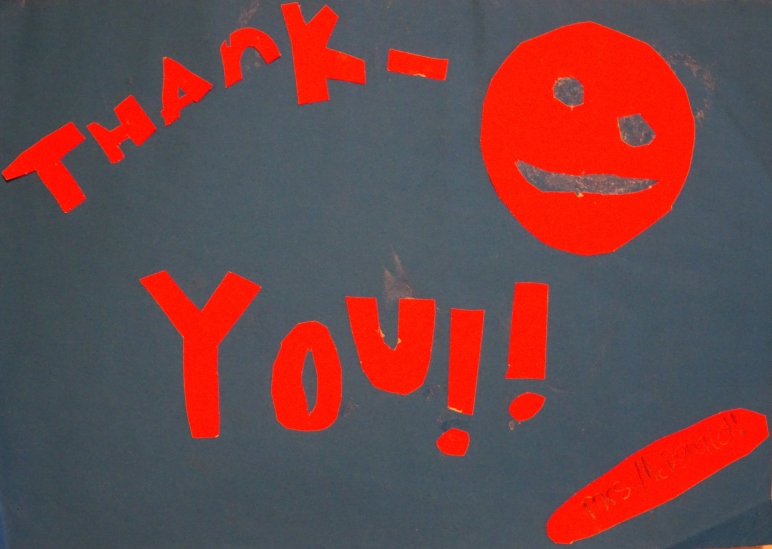 Since 1997, the Sam Thorpe Trust Fund has funded over 100 projects, supporting ordinary young people to do extraordinary things.

Here is just a taster of some of the projects we’ve supported:

The trip was a great experience for the Rangers. They were able to see and appreciate many architectural gems and world famous sights as well as visiting some excellent galleries. Meeting the Rangers in Verona was brilliant as they were able to talk to Italian girls their own age. They also made plenty of use of the gelaterias!

Thank you so much for the donation towards the cost of our residential. We are very grateful for your kindness. All of Class4 had a fantastic time with lots and lots of sun!

Support from the Fund allowed me to transform the play from an idea in my head and on the page, to a reality on the stage. The knowledge that my application to the grant was successful gave me increased confidence to find other sponsorship and assistance necessary to stage the show. The play would not have been possible without the grant.

Have a question about what we fund, or anything else about the Sam Thorpe Trust Fund? If you can't find the answer on the site, please do send us an email here.